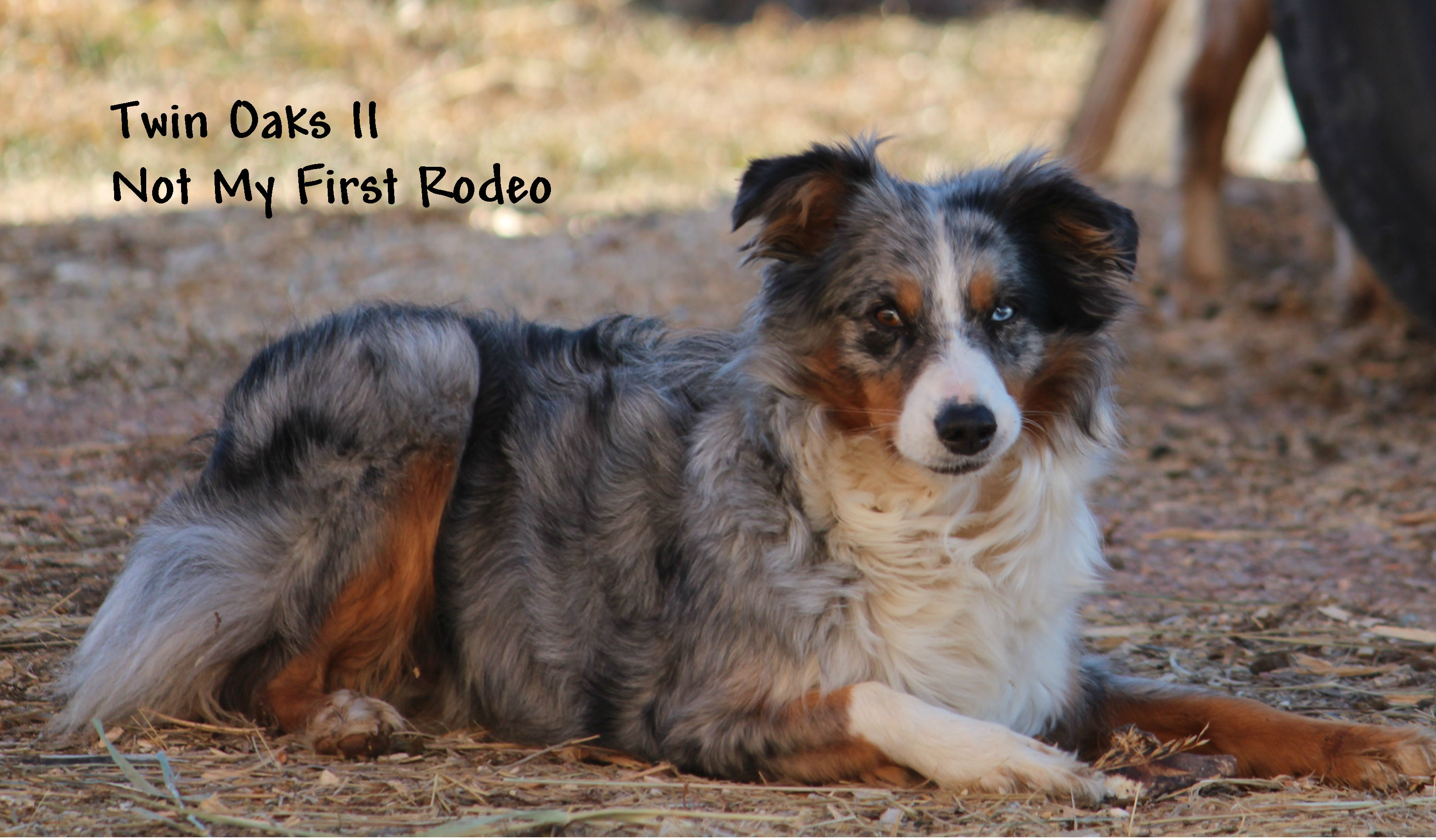 Twin Oaks II Not My First Rodeo What can I say…  I LOVE this girl! We purchased Skeet  from Muriel Hayes, owner of Hall of Fame Sister Kennel Twin Oaks II.  She is loaded with natural ability, brain-power, eager to please, loyal, biddable, and gorgeous. With legendary champions and quality breeding  she could excel in any venue. 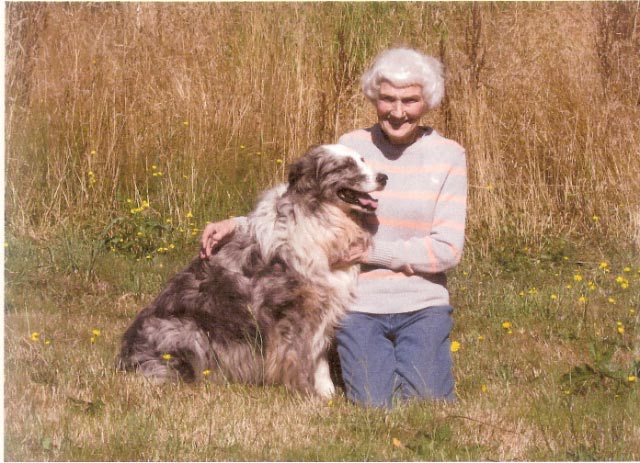 WTCH Twin Oaks II Turbo Booster (2000-2012) (Sire of Skeet) Turbo was the Most Promising Started Aussie at the 2001 Black Sheep ASCA Summer trial and the 2001 Northwest Stockdog Trial Assoc. Stylish worker that is biddable and instance.

Reflect and Enjoy the History of Twin Oaks & Twin Oaks II
In their early twenties, Muriel Hayes and her twin sister, Audrey, were hired by Howard Clough, Clough Cattle Ranch in Los Molinos, CA, to run cattle. There they discovered the fascination of Australian Shepherds. Since then, Muriel & Audrey are recognized as one of the key founders of this incredible breed. In 1956, they initiated Twin Oaks kennel, devoting nearly sixty years as one of the top priority breeders and trainers in the
United States. Today, Muriel continues breeding working Australian Shepherds and her calling has been followed by their family, including Sherry Baker, family trainer and stockdog handler who has earned recognition as the winningest handler in Stockdog Finals history. 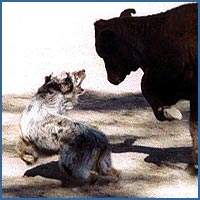 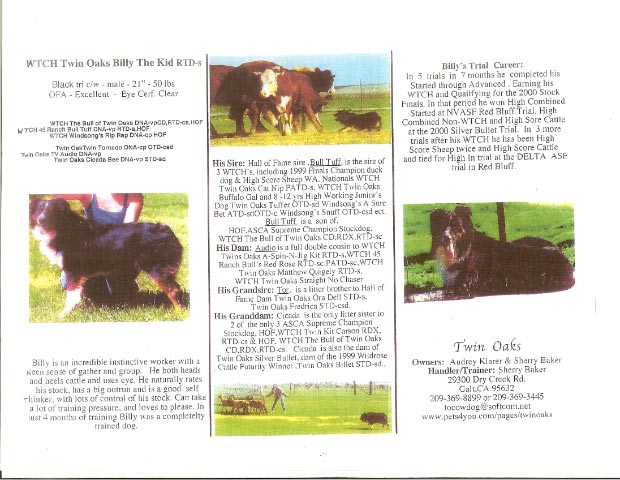 WTCH Twin Oaks Billy the Kid (3/7/1997)  RTD-s  (maternal grandsire) Billy was one of the best stockdogs that Twin Oaks had ever raised.  In just 4 months Billy was a completely trained dog.  He fell to a tragic accident and never had a chance to fulfill his greatness. 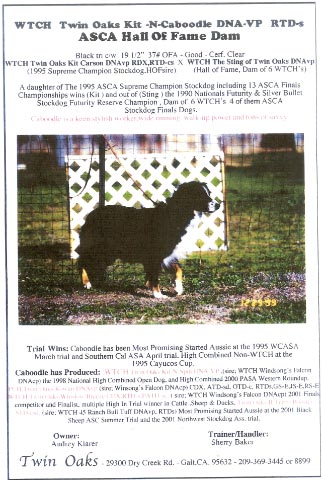